From The Daily Mail:

After refusing to appear on her own TV show for most of this week, bosses at ABC are worried that Kelly Ripa could ‘go rogue’ when she finally agrees to return to work.

According to Page Six, Ripa is still refusing to take calls from executives at the networks – still furious after learning she was being ‘overshadowed’ by her co-anchor Michael Strahan, who is to join Good Morning America full time.

The fear is that she could ‘do an Ann Curry’ and turn on her on-screen partner, poisoning the on-air chemistry between them for months to come.

Scroll down for video 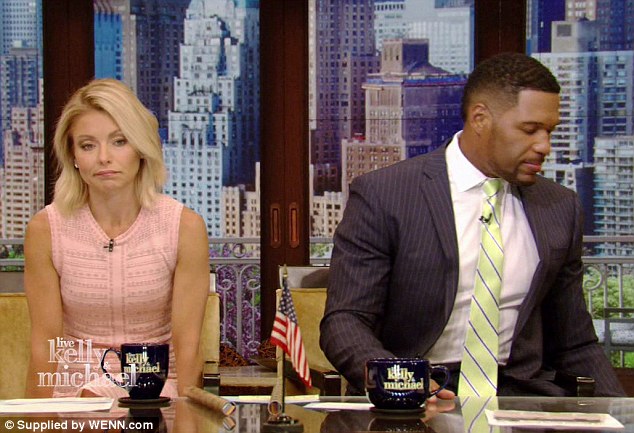 On-air split? Kelly Ripa (left on Wednesday) still isn’t taking calls from Michael Strahan (right) and ABC execs — and her bosses fear she could go rogue and ‘do an Ann Curry’ on live TV when she agrees to return 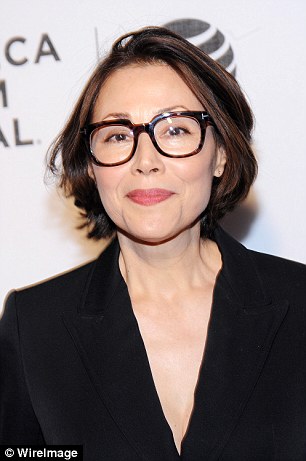 Going rogue? Ann Curry was famously sidelined by NBC’s Today show, but it lead to months of harmful chemistry between the presenters on-air

Ripa refused to show up for work on Wednesday after apparently being ‘the last to hear the news’ of her co-anchor’s imminent departure and subsequent promotion.

One insider told New York Post’s Page Six that they are worried she could go off-script. ‘They still don’t know if she’s coming back on Tuesday. Kelly won’t take anyone’s calls. She could get a letter this weekend saying she’s required to turn up to work under her contract, and if she doesn’t show up, she’ll face being sued for damages, such as lost ad revenue.’

An ABC rep has said of such a legal letter, ‘That is completely ridiculous and totally false’ but declined to comment further.

The main fear is that there would be such animosity between the duo that the show would be impossible to continue.

The tension could last at least until September when Strahan is due to leave, and it could make for some uncomfortable viewing.

Another ABC source told Page Six: ‘Kelly and Michael have been faking it for a while. They haven’t been getting on for some time. Things went south when he went part-time to GMA. She resents Michael’s success and her ego can’t take it. But what is ridiculous is that Live is still her show – she’s still the star.’

Sources close to Ripa have confirmed that she will join Strahan on Tuesday – just a week after she took time off from work and cancelled a planned trip to Turks and Caicos in celebration of her 20th anniversary with husband Mark Consuelos.